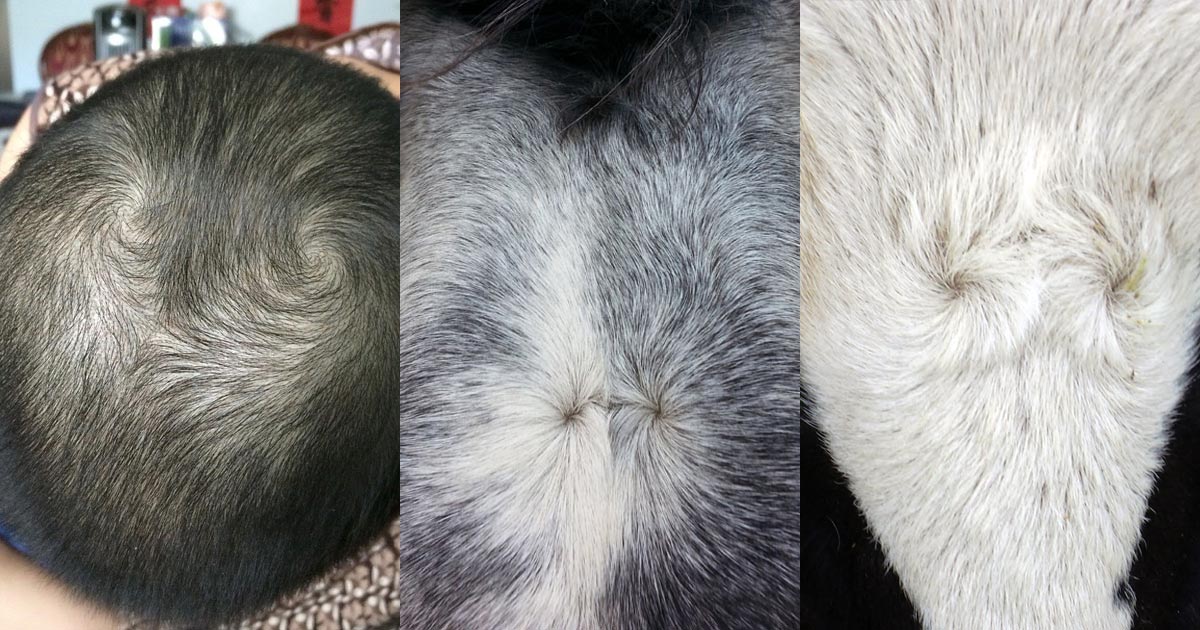 History is full of examples of cultural knowledge lost by one culture, then re-discovered by another culture, then lost again, only to be discovered later by someone else. Facial hair whorls in animals may be one example.

For thousands of years, Chinese folklore used facial features and hair whorls on a child’s scalp to predict things like personality, career path, and fate. Sometimes, children with two hair whorls were called “little monsters.” Although the phrase’s precise meaning is unknown, the fact that this folklore has survived in different cultures for centuries suggests that the double whorl trait may have some predictive value. For example, in Vietnam, the myth says that people with a double “whorl” or crown are quick-tempered, stubborn, belligerent, and ferocious. Again, what “ferocious little monster” means is unknown. But there may be specific genetic characteristics that people with a double whorl are more likely to have Ozgen, 2013.

Around the first century A.D., Beduin Tribesmen were using hair patterns and whorls on the head and body of horses to predict temperament and other traits supposedly associated with metabolic and physiological processes. For example, hair whorls on the flanks suggest a disposition to over-eat, chest whorls indicated large heart and lungs necessary for endurance, and the chest whorls foretold prosperity Meyer, 2020.

Recently I met an ancestor to the Beduins, Sheikh Mohammed bin Hamad bin Mohammed Al Sharqi, Crown Prince of Fujairah, UAE. The Crown Prince was an animal lover with a zoo, a camel dairy, and an incredible camel racing stable. He was aware of the tales, and though horses were not as prevalent among his people now, camels have the same whorl patterns as horses. They use hair whorls casually during selection for milk, meat, and racing traits.

In the ’60s and ’70s, Linda Tellington-Jones put forward a theory linking hair whorls on the face in horses and personality traits. She published results from a survey of 1500 horse owners and suggested certain personality traits related to different hair whorl patterns. However, the author offered no statistical evidence. Furthermore, personality traits have components of nature and nurture, which makes this link less likely. There may be predispositions, but complex traits like personality or the tendency to over-eat interact with environmental conditions and upbringing. Therefore, the ability to predict personality traits is questionable. All the same, multiple whorls, says Linda Tellington-Jones, might mean your horse is a bit of a handful, and inclined to test its rider.

Pediatric Studies in the U.S.

At the same time that Linda Tellington-Jones was studying hair whorls in Germany, pediatricians in the U.S. were studying the developmental biology of hair whorls in children Smith 1973. Using an electron microscope, researchers found that hair whorls form on the scalp simultaneously with brain development. Early brain expansion determines the position and orientation of the hair whorl—linking various disorders of the early brain to abnormal scalp hair patterns. The paper shows a compelling image from the electron microscope during this critical period of brain development.

Other traits outside the body, like blue eyes and blond hair, are common in shy children. White cats with blue eyes are always deaf, and dairymen think white cows are crazy. The scientific literature makes this abundantly clear Grandin, 2017.

My Interest in Hair Whorls

As a farrier and horse trainer in the early ’80’s, I heard the folklore about hair whorls “cowlicks” and started looking for myself. At first, I was skeptical, but after working with 100’s of horses every year, I couldn’t help but noticed differences in behavior related to the hair whorls. The most striking was the side preference and the association with left or right-side hair whorls on the face. After several years, I decided to test my observations scientifically. I reached out to animal scientists in universities locally, then nationally, for about two years. Unfortunately, most said my hair-brained ideas were not worth their time investigating. The time was before the internet, and email, phone calls, and snail-mail were slow and unreliable, but by good fortune, I met Temple Grandin at Colorado State University in 1993. Bert, 2013 sums this up in an article written years later.

The first thing she asked was how I thought to research this. The preference for horses to turn better right than left, or their refusal to turn right when I wanted them to turn left. Or why they are harder to shoe on one side but not the other. I said, “The side of the hair whorl might predict this.”

It was Temple Grandin’s idea to switch the research to cattle. Cattle have the same hair whorl patterns as horses, and we could study thousands of cattle with the same genetics observed under controlled conditions. Eliminating confounds was impossible with horses with different genetics and a wide variety of different backgrounds. Cattle with the same or similar genetics and upbringing were a perfect lab animal to test my hypothesis.

We did our preliminary study at a large commercial dairy. First, we recorded the hair whorl position of 1670 lactating cows, then tracked each cow through 270 trips to the milking parlor. At the entrance to the parlor, cows had free choice to enter milking stations on the right or left side of the parlor. An electronic reader identified the cow in each stall, whether on the left or right side, using an electronic necklace worn around the cow’s neck.

The analysis was significant. Cows with a left side whorl preferred the right side of the parlor more than by chance, and cows with right side whorls chose the left side of the parlor. The findings were remarkable, and an interesting result showed cows with two whorls preferred either side of the parlor an equal number of times Grandin, 1992. Cows with double hair whorls appeared to be ambidextrous. Furthermore, studies conducted after our research showed that human subjects with two side-by-side whorls showed a similar lack of side preference or handedness Hoppe, 2005. The characteristics of double hair whorls are nearly identical in horses, people, and cows.

The study with dairy cows persuaded Dr. Grandin to pursue another line of evidence involving temperament traits and hair whorl height on the face of beef cattle. In a double-blind study, we noted cattle behavior during restraint in a squeeze chute for routine husbandry and the hair whorl position. We surveyed 1500 cattle at a large commercial feed yard Grandin, 1995. The results were statistically significant. Cattle with hair whorls above the eyes were more agitated compared to animals with middle or low whorls. Cattle with high whorls were more likely to panic during restraint and violently resist vaccinations or ear tagging.

Florecke, 2012, looked at hair whorl patterns and maternal calf-defense behavior in 341 Red Angus, Angus, and Hereford cows 24 hours after calving. Investigators classified hair whorl patterns into the following groups: high, middle, low, abnormal, multiple hair whorls, or no hair whorl. Results of the study suggest that cows with high whorls and older cows may be more vigilant of their surroundings.

Meola, 2004, followed with a study aimed to characterize facial whorl characteristics in yearling Angus bulls and investigate their association with semen quantity and quality measures. The study found that 82% of bulls having facial hair whorls with round epicenters had satisfactory spermatozoal morphology scores, compared to only 57% of bulls with abnormal facial hair whorls and no center.

Our team published a study, Shively 2016, on behavioral laterality and turning responses in horses. Whorl orientation (clockwise or counterclockwise) was the subject of the study, in contrast to the side preference study using dairy cows and the side of the whorl on the face (left or right)—the orientation of facial hair whorl characteristics correlated with turning responses.

I recommend an excellent review by Siniscalchi 2010, 2017, on laterality in a dog’s cognitive style and behavioral reactivity. The study highlights the relevant issues critical for dog welfare. Rogers, 2010, sums up the relevance of laterality: Research on a range of species shows that the left hemisphere controls well-established patterns of behavior performed in non-stressful situations, whereas the right hemisphere responds to unexpected stimuli and controls escape and other emergency responses.

There is a need to find easy ways to select cattle, horses, and dogs for temperament and suitability for specific jobs. Hair whorls and laterality look like an excellent way to better understand animal behavior and ways to improve welfare. I encourage people to look at their animals and decide for themselves.

PrevPreviousDistress in Animals: Is it Fear, Pain or Physical Stress? 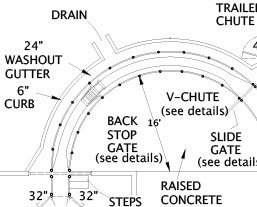